Swing jazz was the dominant music of the “Big Band Era” in the 1930s and 40s, played by orchestras of Duke Ellington, Count Basie, Benny Goodman, Tommy Dorsey, and dozens of other well- rehearsed bands.

Swing took the nation through the Great Depression and the War years, and then stumbled to almost a dead halt in 1946. Rhythm and Blues and the popularity of vocalists such as Bing Crosby and Frank Sinatra had already made serious inroads, and that continued into the ‘50s and ‘60s. That said, “Old Blue Eyes,” Frank Sinatra and other swing era singers, made timelessly popular music that is often requested today.

Swing dancers of today harken mostly to the music of that Depression era and its various “jitterbug” dance styles, curiously ignoring the Latin, waltz, ballad and other “ballroom” features of the Big Bands which always – we forget – played a rich mixture.

You can learn more by viewing the full post at www.swingfever.com. 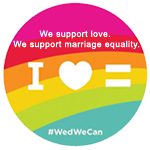